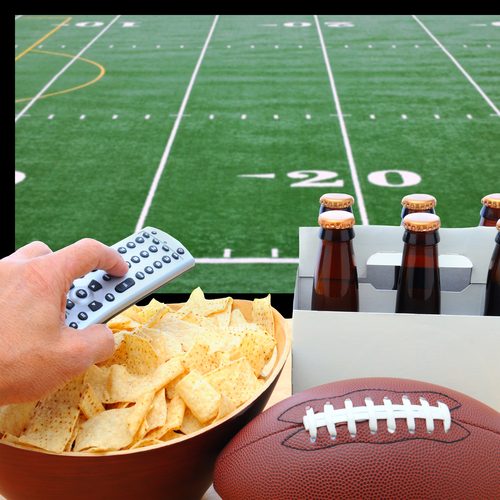 Last night was a very special night in the world of advertising. Sure, it was the 51st installment of the annual Super Bowl – the football game of all football games to decide the National Football League’s champion. And, yes it was definitely a game for the ages! An improbable comeback by Tom Brady and his New England Patriots saw the now-five-time champs overcome a 25-point deficit to beat the Atlanta Falcon 34-28.

But last night’s Super Bowl broadcast also marked the specific time of the year when advertising is at its most expensive. Advertisers paid upwards of $5 million (yes, you read that right) to display their 30-second commercials. Many viewers will admit that they tune into the big game for the commercials as much as they do for the game itself. Some will even admit that Super Bowl commercials are the real highlights of the broadcasts each year!

What were our favourite Super Bowl commercials this year?

Kia’s “Hero’s Journey” starring Melissa McCarthy
Melissa McCarthy is a star of both the small and big screen and is always good for some laughs. She is especially notable for her ability to pull off slapstick comedy like no one else can. In this year’s ad from Kia, McCarthy (who plays herself) is shown as a conservationist-slash-philanthropist who is willing to go the extra mile for all of the great causes she supports.

The point of the ad is to highlight the “eco hybrid” nature of the 2017 Kia Niro. “It’s hard to be an eco warrior,” speaks the commercial’s voiceover as McCarthy is nearly comically mauled by a charging rhinoceros, “but it’s easy to drive like one.” He goes on to specify that the new Kia Niro is a “fuel efficient crossover” while McCarthy receives yet another phone call that is bound to undoubtedly result in more physical calamity – as is shown throughout the 60-second piece.

Bai’s “Big Game Ad” starring Christopher Walken and Justin Timberlake
Is there anything Christopher Walken has done that isn’t can’t-look-away interesting? From his cameo monologue in Pulp Fiction to his side-splitting appearances as a “Saturday Night Live” guest host, Walken makes it hard not to be a fan. His deadpan delivery combined with his one-of-a-kind voice make him the perfect casting decision for this Bai commercial. Bai is a new health drink that promotes the fact that it is low in calories and high in antioxidants.

To promote Bai, Walken calmly recites some of the lyrics for pop group NSYNC’s “Bye Bye Bye” single as if it were a deep-in-thought statement to a loved one. As he completes his statement, he turns to see NSYNC member Justin Timberlake sitting right beside him, appearing just as deep in thought. The Bai brand is clearly looking to develop a large customer base by combining these two seemingly mismatched superstars.

Check out the ad here:

At Synergy Merchants, we recognize that the vast majority of business owners can’t afford $5 million ad campaigns that run during the annual Super Bowl broadcast. Nevertheless, we highly recommend that business owners do look to secure extra working capital in order to afford the marketing campaigns that adequately suit the needs of their businesses. And our merchant cash advance program is the ideal solution!

For more information about our merchant cash advance program or to speak with one of our licensed funding specialists to get a free, no obligation quote, simply call Synergy Merchants at 1-877-718-2026 or email us at info@synergymerchants.com.

The Smart Approach To Getting Your New Business Off The Ground

Congratulations on starting your new business! Surely, you’re feeling pretty amazing about the fact that…

We think it’s pretty safe to say that we live in the “era of feelings”.…

Merchant Cash Advances VS. Bank Loans: Which Works Best For You?